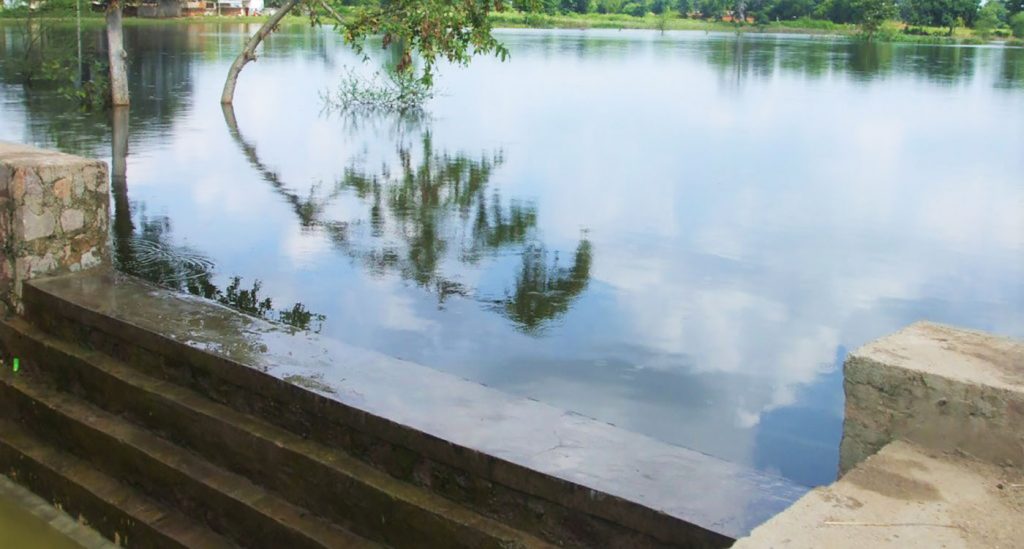 One of the rainwater harvesting havelis at Parasai-Sindh. Photo: R Singh, ICRISAT

The landmark paper, published in the Journal of Hydrology, describes the processes and impacts of reviving traditional rainwater harvesting structures called havelis, which have been falling into disrepair. During the years 2012-2016, due to the higher levels of groundwater, about 20% of fallow land was brought under cultivation and farmers’ average incomes grew from US$ 960/year to US$ 2,700/year.

To address the challenges of water scarcity and land degradation, from 2012-2016, ICRISAT along with the Central Agroforestry Research Institute (ICAR-CAFRI), developed a site of learning called the Parasai-Sindh watershed in Jhansi district. With support from CSR funds, several parts of old havelis were rebuilt in the 1,250-ha area of the watershed following the Ridge-to-Valley approach, leading to the transformation of the region.

Following the success of this project, ICRISAT has also been working in this region since 2017 through the KISAN MITrA-Doubling Farmers Income Initiative, supported by the Government of Uttar Pradesh. The Doubling Farmers Income project is stepping up its efforts towards rainwater harvesting and drought mitigation largely through haveli renovation initiatives in 35,000 ha located in seven districts in Bundelkhand region.