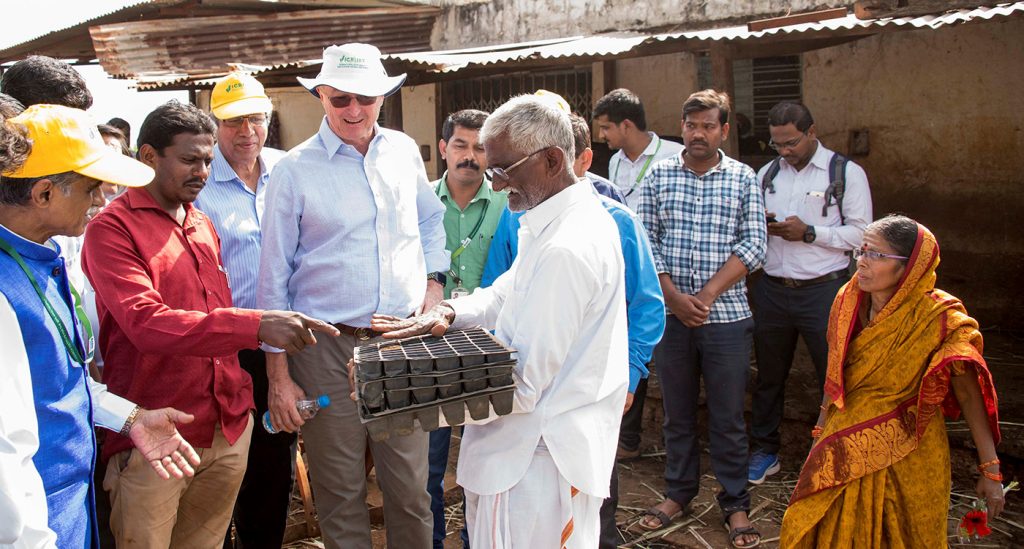 The means to help farmers improve their livelihoods are not developed in offices and laboratories alone, but rather on the fields with indigenous innovative ideas and implements, as was demonstrated during a recent Farmers’ Field Day in Manhalli village, Bidar district, Karnataka.

Project Bhoosamruddhi conducted a field visit to update stakeholders on the innovations and recent developments in the agricultural fields of a few farmers in the above village. Local development officers, scientists and other farmers viewed agricultural implements that made a significant difference in the efforts put in and the outputs derived by the farmers using them.

The ICRISAT Development Center (IDC) has been working on the multi-stakeholder project Bhoosamruddhi in Karnataka since 2015, forming a consortium with other CGIAR centers in India. The goal was to operationalize research for development (R4D) to benefit small and marginal farmers in the region. As part of the project, among other activities specialized implements for farming were made available to the farmers and capacity-building training provided to them for optimum use of the technology.