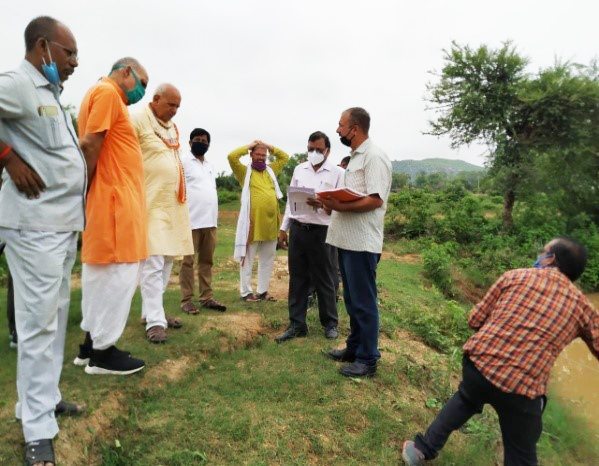 The minister’s field visit to a Haveli in Chitrakoot project site. 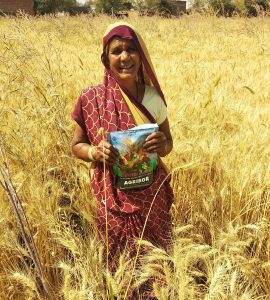 Mr Shahi encouraged the team to complete the remaining Natural Resources Management (NRM) activities. Dr Ramesh Singh, Principal Scientist, IDC, who participated in the review meeting, assured the minister the work is on course for completion within a year. The minister also discussed the idea of scaling-up the interventions across Bundelkhand as a drought-proofing strategy.

The DFI project in Bundelkhand region, funded by the Uttar Pradesh government, has moved forward at a rapid pace since its inception. The partners in the project are improving rainwater harvesting through construction of check dams, farm ponds and renovation of Havelis, desilting of water harvesting bodies and large-scale field bundings in seven pilot sites of the region. The minister visited one of the project sites in Chitrakoot district.

Thirteen renovated Haveli structures are harvesting 50,000 to 200,000 m3 capacity. Twenty other masonry structures including village ponds and check dams with a capacity of 5000 to 20,000 m3 were also constructed. As much as 2 million m3 rainwater harvesting capacity has been developed. This is facilitating more than 5 million m3 groundwater recharge and has helped about 5000 farming families.

The DFI has identified scope for construction of more than 10 Haveli structures within the Chitrakoot pilot site. The farmers there have also expressed their keen interest in the proposal and agreed to take active part in the renovation.