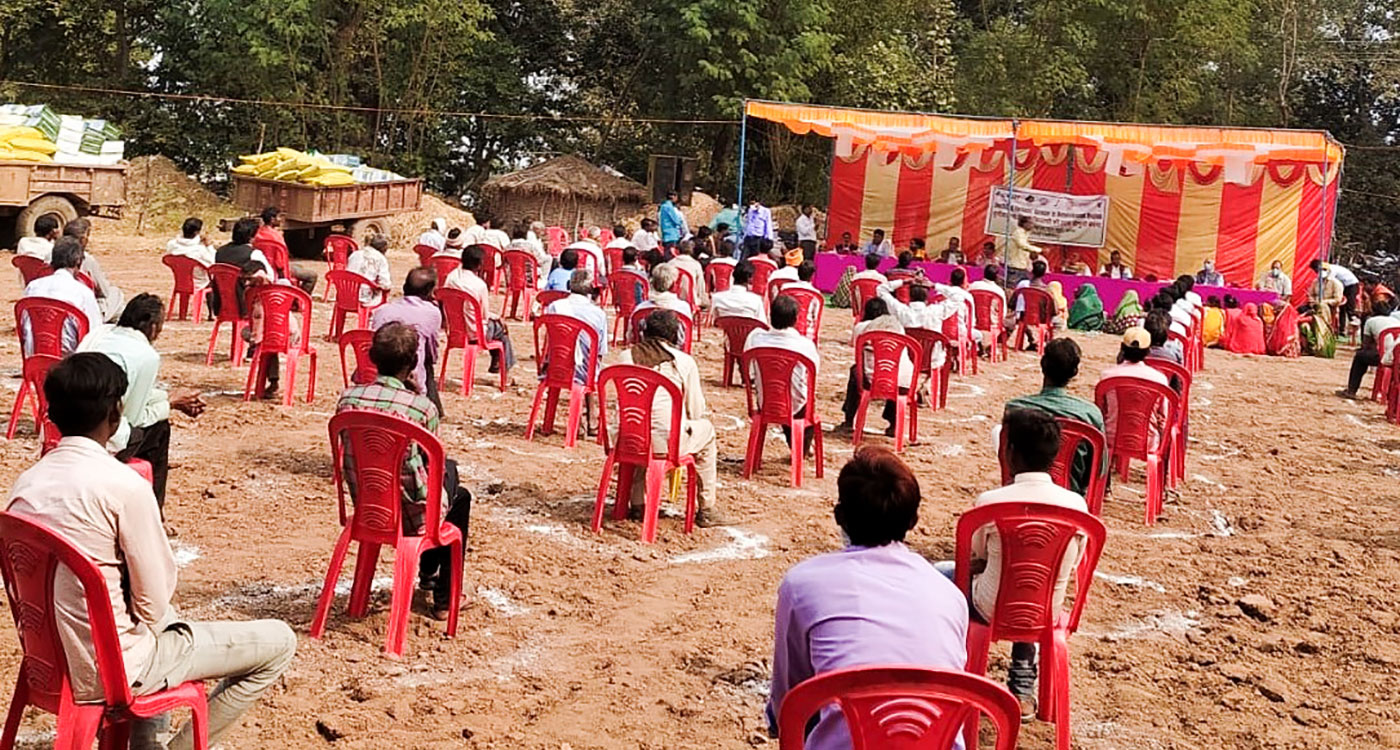 Impressed with the rapid pace and impact of the Doubling Farmers’ Income (DFI) initiative and other interventions in Lalitpur district, Uttar Pradesh (UP), Mr Hargovind Kushwaha, Minister of State, UP Government, expressed satisfaction and willingness to scale up this approach to other parts of the Bundelkhand region with ICRISAT and the state machinery’s involvement.

Mr Kushwaha, members of the Bundelkhand Development Board and elected representatives of Jhansi and Lalitpur districts, recently visited Pura Birdha village in Lalitpur, where the DFI initiative and other interventions have been implemented. They saw firsthand the impact of various project interventions such as haveli renovation, building of farm ponds and diversion drains, agroforestry, etc. They also attended crop and fodder demonstrations and interacted with tribal groups and vulnerable farming communities.

“To bring prosperity to the water-scarce region of Bundelkhand, the integrated approach implemented in Pura Birdha village is a very thoughtful and sustainable solution,” the Minister said. Several delegates are also members of the Bundelkhand Development Board, which has the mandate of developing the strategies for the overall development of the region.

A Central Government initiative – the Scheduled Caste Sub Plan – has converged with the DFI project, with Dr Inder Dev, Principal Scientist, ICAR-CAFRI, leading it. In 2020, 625 families (including 230 female-led households) benefited from this convergence. Inputs worth about ` 27 lakhs (about US$ 36,500) have been made available under this scheme, helping these families to undertake agriculture activities and improve crop production. During the recent meet, agriculture tool kits and fertilizer inputs were provided to 70 beneficiaries in the Minister’s presence. 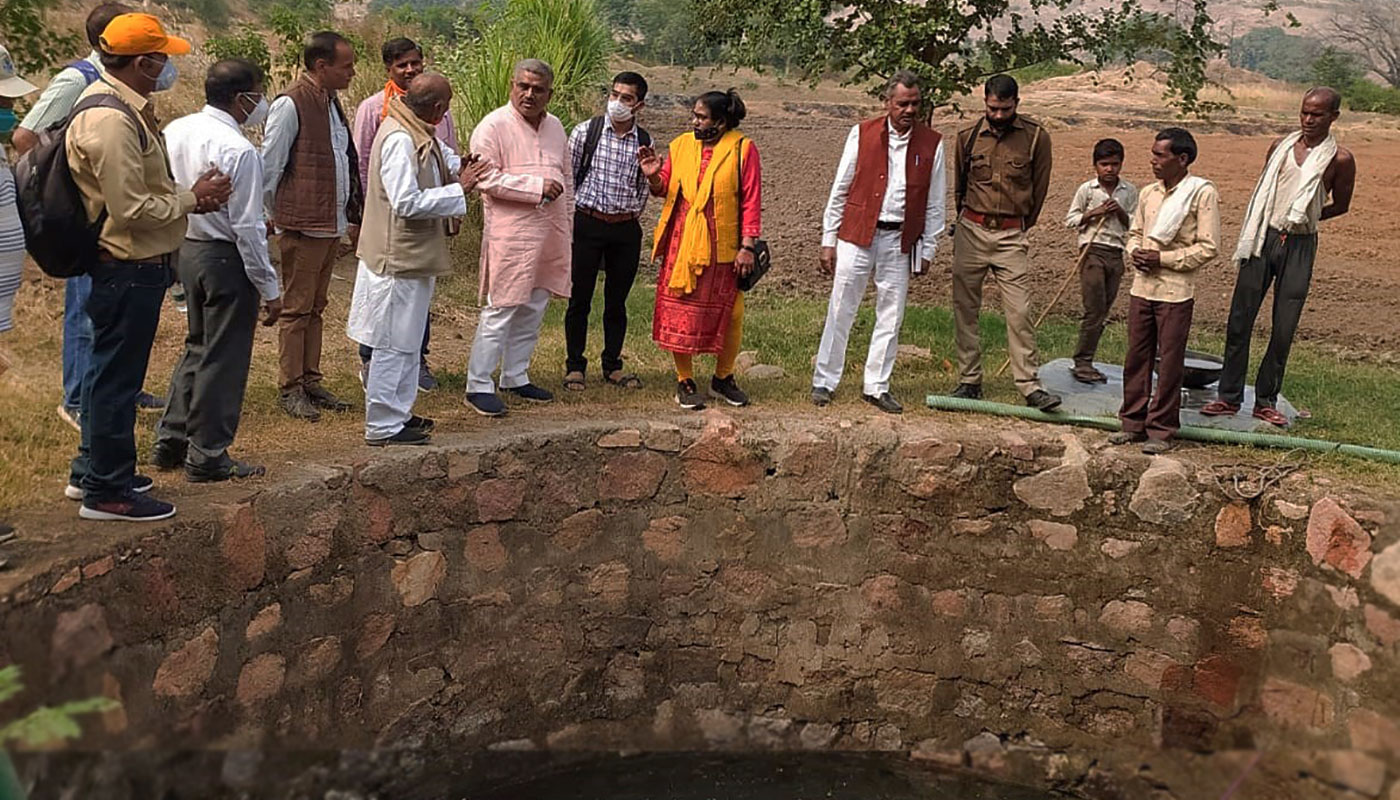