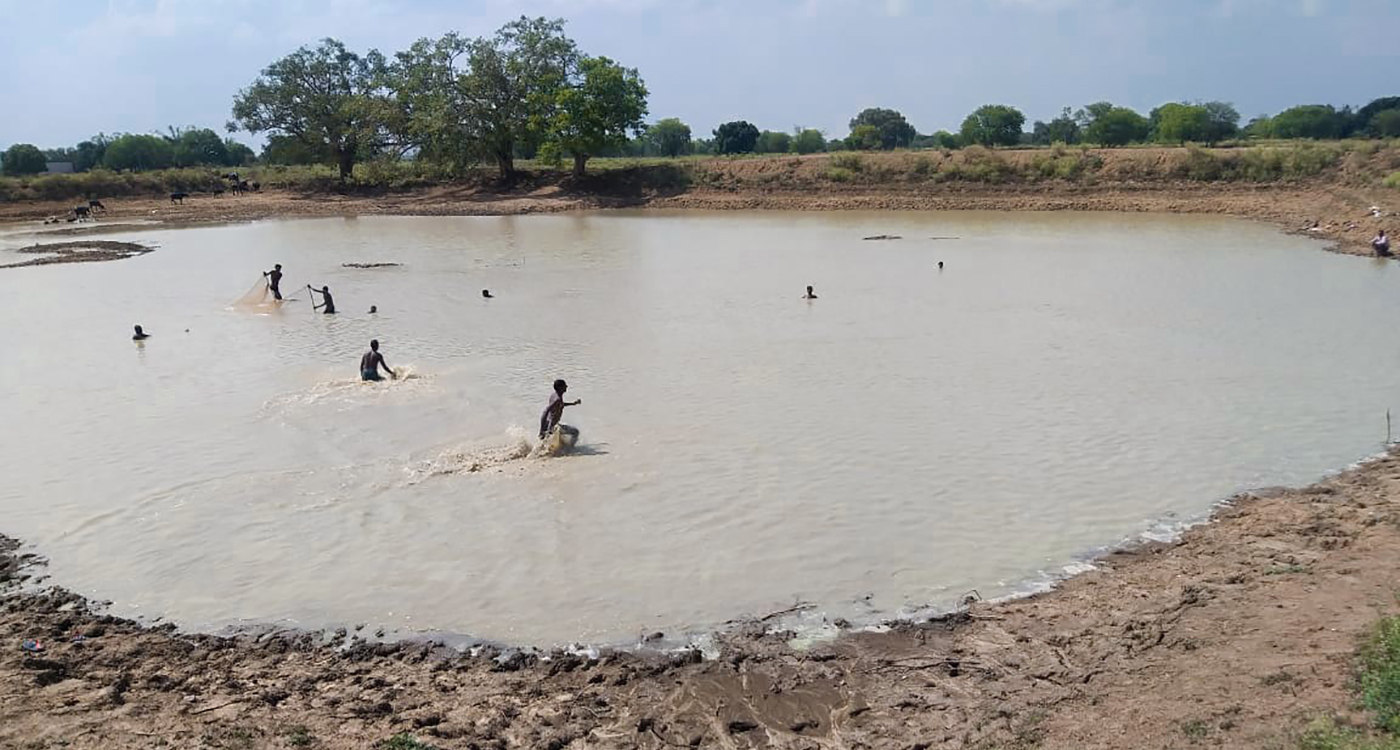 A village in North India sets an example

A water tank’s renovation in one of India’s most drought-prone regions benefited as many as 200 farm families last year and opened up aquaculture opportunities for the village. This helped create a storage capacity of about 25,000 cubic meters. The tank filled multiple times during last year’s monsoon and provided more than 100,000 cubic meter of surface water. This facilitated groundwater recharge in the village, renewing defunct tubewells that supplied water for domestic and farm use.

“Before the tank was renovated, our tubewells could supply water only two hours a day. This year, even in the summer, we had continuous supply. We did not take water from the tank as the tubewells located close to our fields provided plenty of it,” said Mr Ramlakhan Nishad, a farmer of Devara village in Bundelkhand region, which is located in the Indian state of Uttar Pradesh.

The Devara tank benefited all villagers equally irrespective of the location of their farm with respect to the tank, Mr Nishad added. Farmers in Devara mainly cultivate wheat in winter.

Working with its partners in the Doubling Farmers’ Income project, ICRISAT restored the village tank by desilting and construction of a masonry outlet in May-June 2019.

Additionally, large scale field-bunding around the village tank helped enhance soil moisture in the fields and reduce sedimentation load in the village tank, which is essential for long term sustainability. Rejuvenating the village tank also led to starting of aquaculture. The water body has also become a place for worship during community gatherings and a recreational site for children. With monsoon arriving on time this year, Mr Nishad said his village has more reasons to cheer. Several such tanks are being restored across the region under the project.