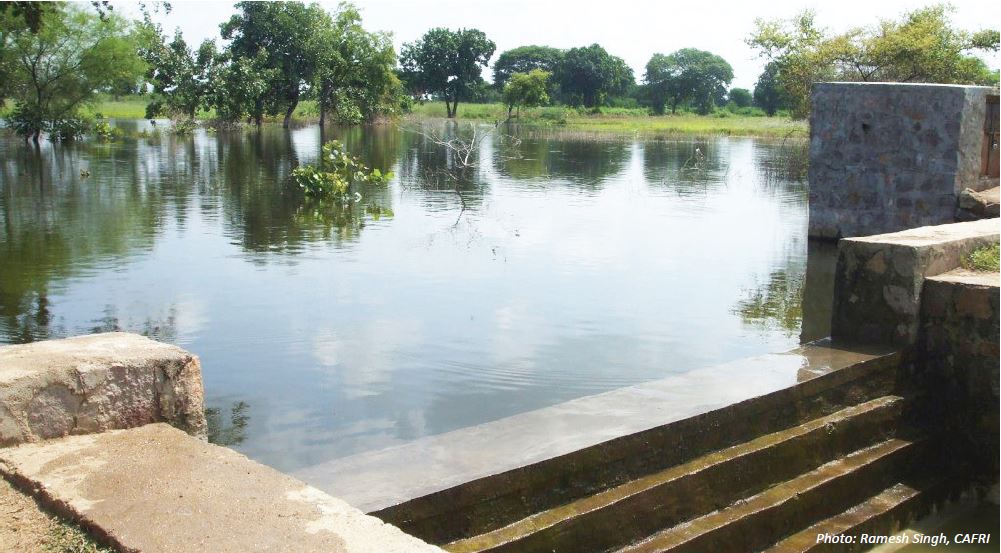 A check dam in Parasai-Sindh watershed in Jhansi, Uttar Pradesh. 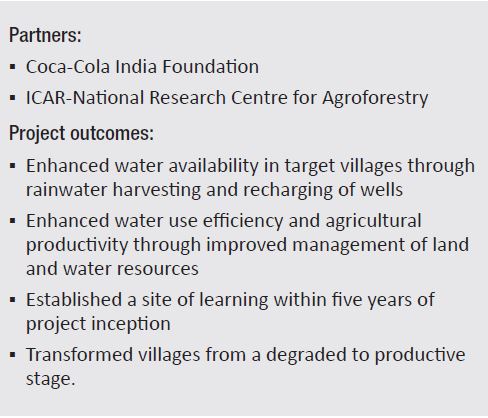 Parasai-Sindh watershed has added another feather to its cap. The National Institution for Transforming India (NITI Aayog) recognized the project as among the best water practices in India.

Parasai-Sindh watershed covers the villages Parasai, Chatpur, and Bachauni in Babina block of Jhansi. A CSR initiative, it was jointly developed by ICRISAT and ICARCAFRI with community involvement between 2012 and 2016, and with support from Coca-Cola India Foundation as a CSR. Nearly 125,000 m3 storage capacity was created by renovating traditional water tanks and constructing check dams on village streams. More than 250,000 m3 runoff was annually harvested, raising groundwater by 2-5 meters.