ICRISAT collaborated with Akshaya Patra to trial millets in the school feeding program. Nutritionists and chefs designed menus combining millets, legumes and vegetables. While undertaking the feeding program with 1,500 children, the growth of children was measured and compared to a control group being fed the standard fortified rice and sambar. A fun nutrition education program was also run with the children. The results were far better than ever expected. There is also potential to integrate a school feeding and education programs along with farmer, community and household programs. 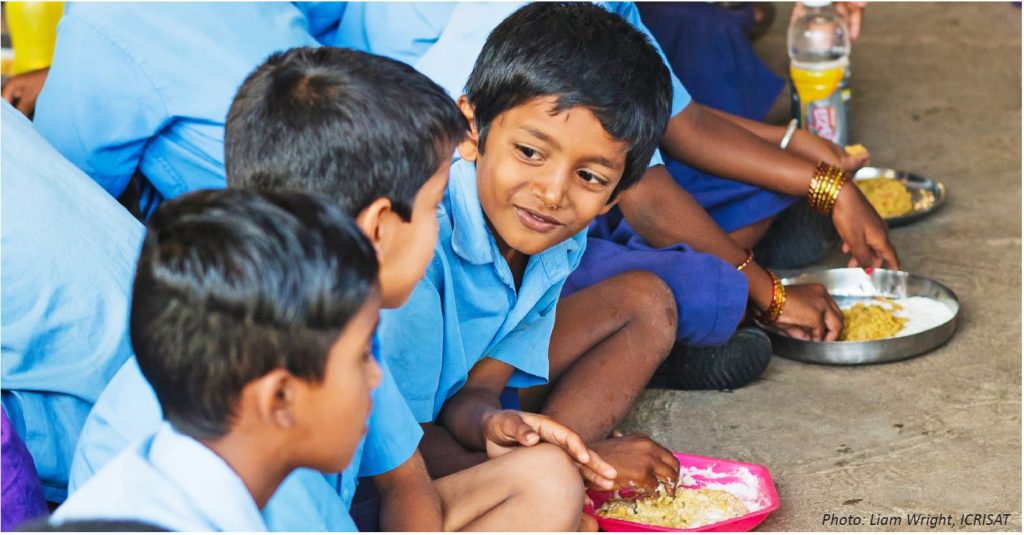 “This is an example of not only a science-backed nutrition solution, but also a link between agriculture and nutrition. It is important now that we achieve mainstream consumption of millets and that they are not just for the elite,” said Prof Ramesh Chand.

Dr Ashok Dalwai emphasized, “Making it profitable for farmers to grow nutritious foods like millet has to be a key part of the Doubling Farmers’ Income vision and millets are important in the rainfed areas for farmers to cope with climate change and water scarcity.”

Early adolescent school children in four villages – Thathaguni, Kagallipura, Allahali and Chensandra which are located around Bengaluru— participated. Growth was assessed using anthropometry measurements-height and weight, along with age, while sensory evaluations were made to determine acceptability.

The children rated the meals as 4.5 or more out of 5 for taste. Meals including idli, khichdi, upma and bisibella bath in which rice was replaced by pearl millet (bajra), ragi (finger millet) or little millet (kutki). 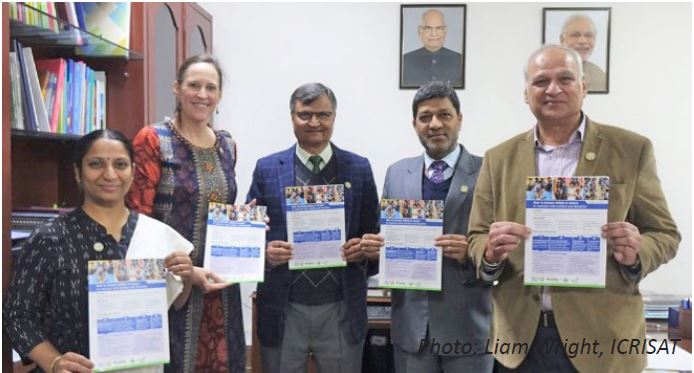 “It is not good enough just to say we are going to add millets into the meal,” said Dr S Anitha, a nutritionist at ICRISAT and the study’s corresponding author. “The type of millet, its variety, how it is cooked and the foods it is combined with are some of the key elements that can make a difference in nutrition. For instance, the amount of iron available in a meal can be doubled by selecting the right variety of millet. This is the first known scientific study of millet based meals in a school feeding program.”

“Akshaya Patra is always looking for ways to improve nutrition in mid-day meals. The millet meals were exceptionally successful and were really liked by the children. We appreciate the Karnataka state government’s support, and with this positive result, we now hope this will garner the support needed to make nutritious millet based meals available to our future generations,” added Ajay Kavishwar, Head of Research at The Akshaya Patra Foundation.

“This initiative also included developing guidelines on how to introduce millets into menus to maximize the nutrition benefits and likability. This is pertinent now given the renewed interest in millets,” said Ashok Jalagam, Smart Food Coordinator for Asia Pacific and one of the study’s authors.

This is highly relevant now as millets have gained attention for their nutritional value and resilience in the face of water scarcity and climate change, making them a viable option for struggling farmers if markets can be further developed. The Government of India and various states like Karnataka and Odisha have led the cause to make millets a popular food choice. The Government of India designated 2018 as ‘National Year of Millets’ and initiated a millet mission. NITI Aayog recently announced a pilot to include millets in the Integrated Child Development Services (ICDS) and MDM schemes.

“These results and guidelines developed from the study are equally important for any scheme addressing malnutrition or general health diets–whether that of governments, NGOs or private sector processors or caterers,” noted Joanna Kane-Potaka, Executive Director of Smart Food and Assistant Director General of ICRISAT. Ms Kane-Potaka outlined plans for clinical testing to determine bioavailability of millets and the role of gut-microbiome, besides research to see how different forms of processing and cooking can affect nutritional composition of millet meals.

“ICRISAT holds the world’s largest collections of millet genetic material and works closely with Indian Institute of Millets Research and other partners to improve millets by developing varieties having higher nutrient levels as well as the more conventional traits like yield and resilience,” commented Dr Peter Carberry, Director General, ICRISAT.

Flyer – How to include millets in menus, 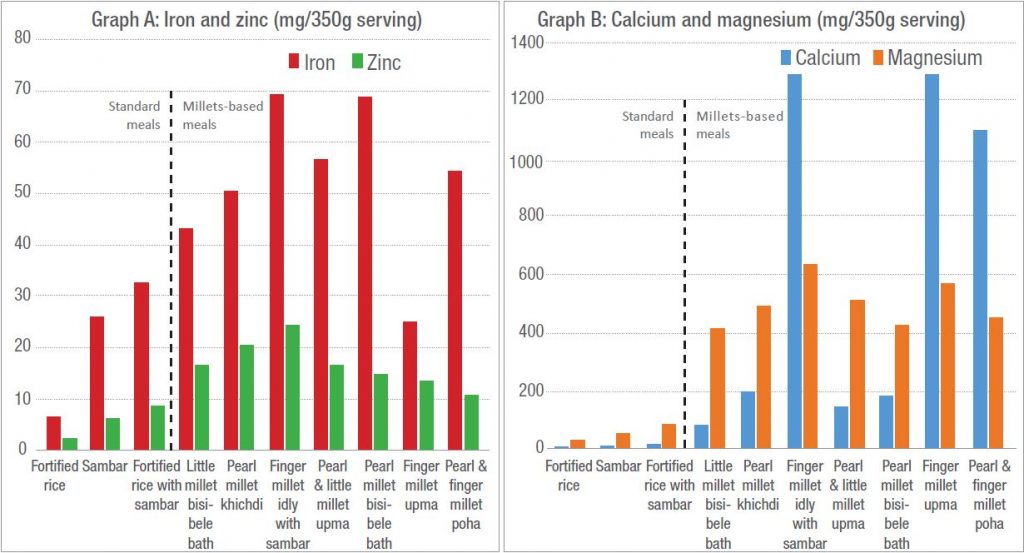 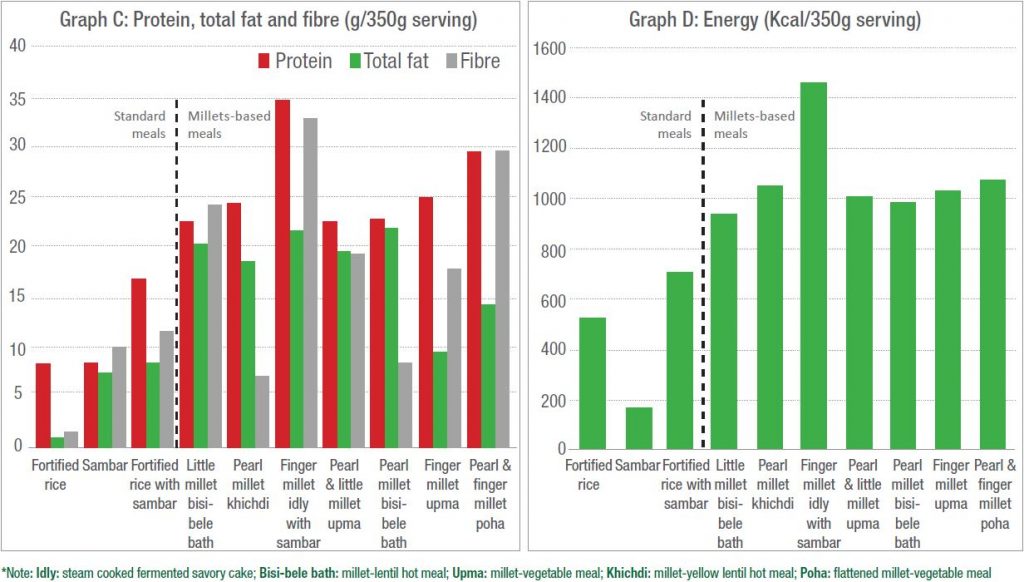