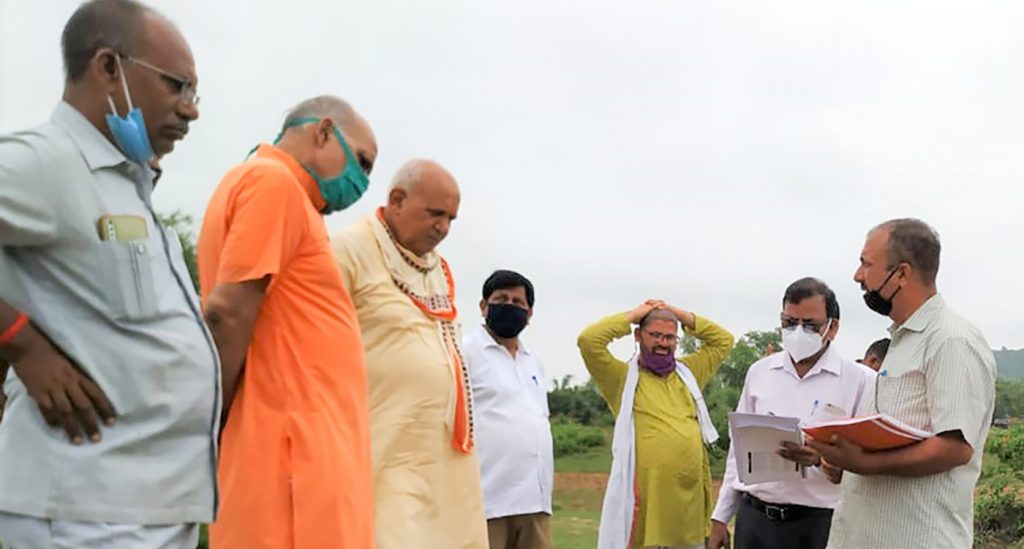 Strategies to harvest rainwater in drought-prone regions, through the collaborative Doubling Farmers’ Income project, received a boost with inputs from the state Agriculture Minister of Uttar Pradesh, India, recently. Focusing on the renovation of the ‘Haveli’ water structures in Chitrakoot, Mr Surya Pratap Shahi, Minister of Agriculture, Uttar Pradesh, discussed scaling out of the watershed interventions across the Bundelkhand region as a drought-proofing strategy for the state.

In the Doubling Farmers’ Income project in Bundelkhand region, ICRISAT along with the Central Agroforestry Research Institute and Banda University of Agriculture and Technology (BUAT), is stepping up its efforts towards rainwater harvesting through the construction of check dams and farm ponds, renovation of traditional tanks (Havelis), desilting of water harvesting bodies and large-scale field bundings in all seven pilot sites of Bundelkhand region. The project has also introduced new varieties of wheat, chickpea, mustard, agroforestry interventions and agronomic techniques such as laser land levelling, zero-till method etc.

Mr Shahi encouraged the project team to carry out activities related to natural resources management at the earliest. After his visit, the team developed a strategy to strengthen existing rainwater harvesting interventions. Also it was found that there was scope for construction of more than 10 haveli structures within Chitrakoot pilot site.