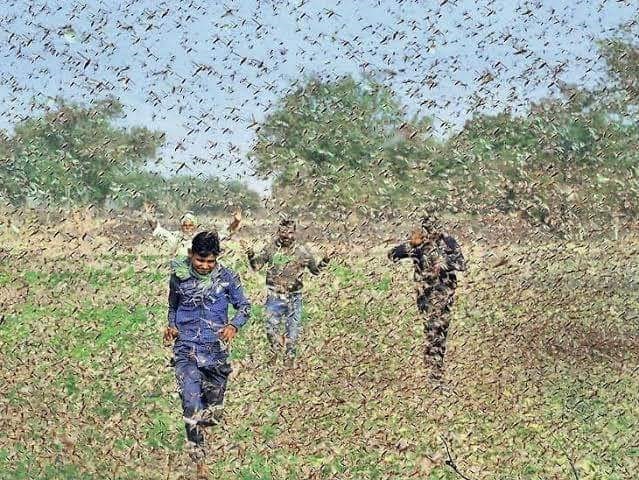 Locusts are short-horned grasshoppers in the family Acrididae that have a swarming phase. There are 19 locust species in the world and among them the desert locust (Schistocerca gregaria) is the most dangerous. These insects are usually solitary, but under certain circumstances they become more abundant and change their colour, behaviour and habits, becoming gregarious to form swarms. Usually one swarm contains billions of insects per square kilometre which has the capacity to eat everything that falls in its flight path. 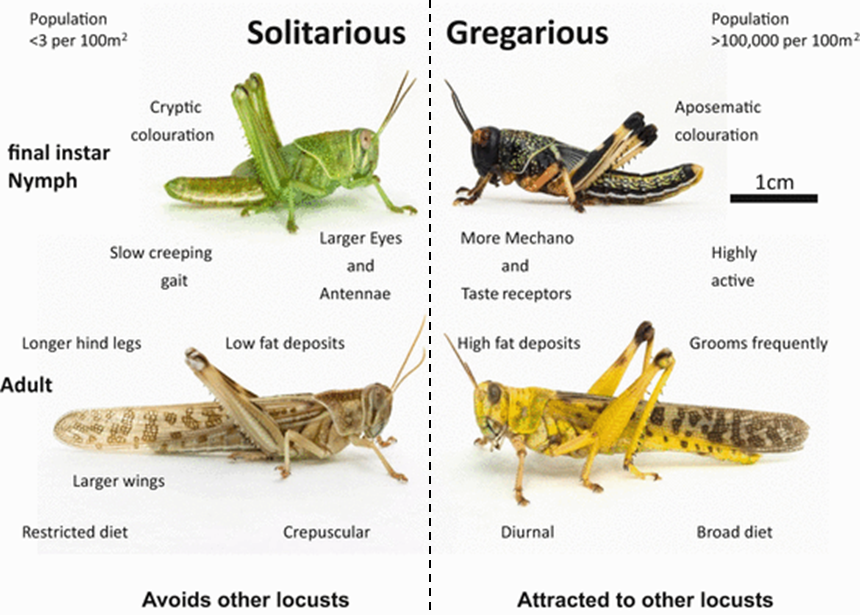 Pic from “The Neurobiology of a Transformation from Asocial to Social Life During Swarm Formation in Desert Locusts by Stephen M Rogers”.

How many species of Locusts are there in India?

Four species viz. Desert locust (Schistocerca gregaria), Migratory locust (Locusta migratoria), Bombay Locust (Nomadacris succincta) and Tree locust (Anacridium sp.) are found in India. Among them the desert locust is the most dangerous species in India as well as in intercontinental context. 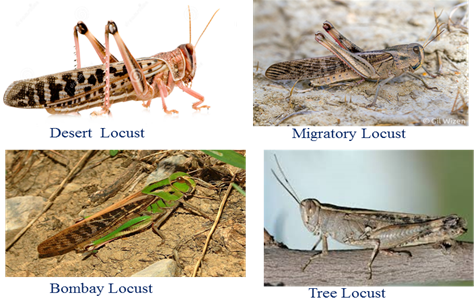 Pic from Directorate of Plant protection, Quarantine and Storage.

From where these locusts come?

There are many breeding areas for these locusts in Africa, Middle East and India. The swarm that invades India originates in the desert of Pakistan or Arabian Peninsula which are carried to India through monsoon winds. Every year a Government organisation called Locust Warning Organization (LWO) usually monitors and destroys their breeding grounds. But this year climate change effect and unexpected cyclones in the Arabian Peninsula have aided their rapid multiplication and spread. 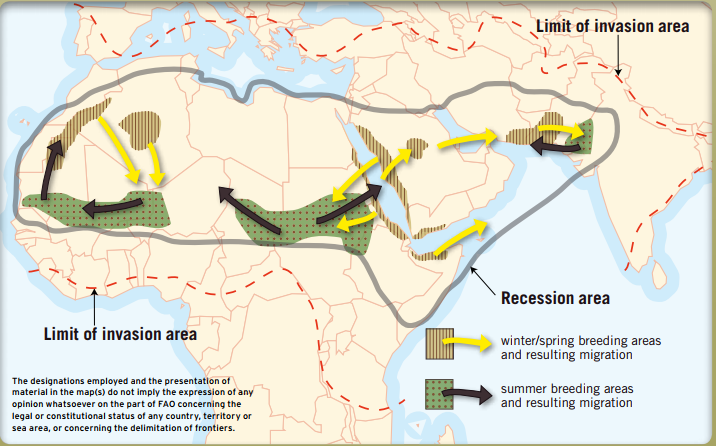 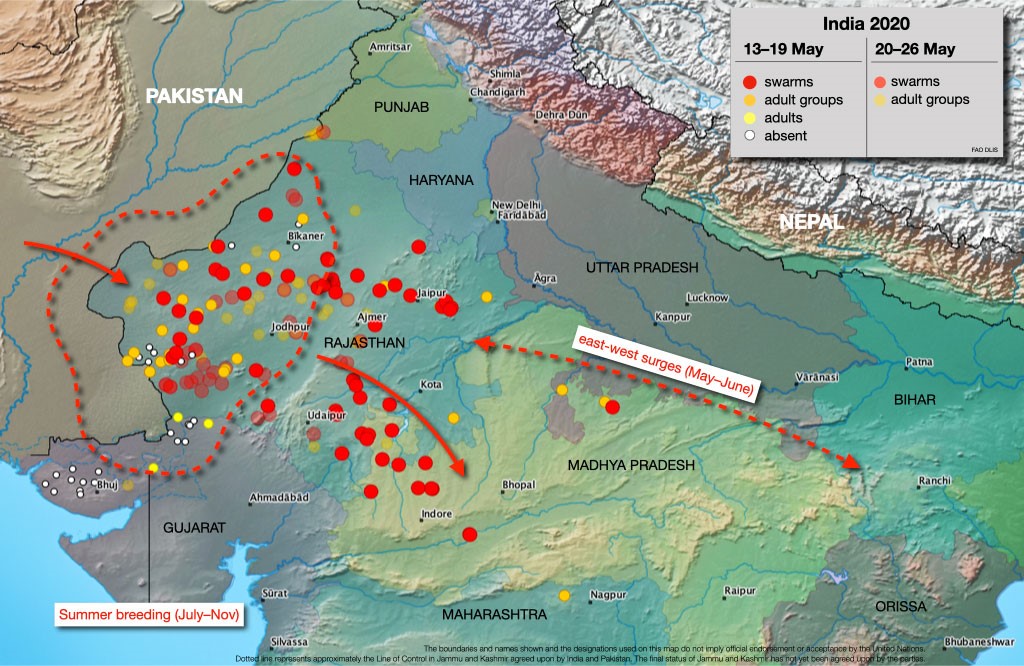 How much they can eat?

Each grasshopper can eat 2-3 times more of its body weight per day. A very small swarm of 1 km2 can eat the same amount of food in one day as about 35 000 people. Bigger swarms eat everything that is green causing complete destruction.

Low long locust swarm lasts in a given place?

It usually 17-24 hrs, but if the winds are strong, locusts tend to move to next place before that. A single locust can fly up to 3000 miles in its lifetime. These swarms always tend to move within a delimited area. In India this area falls under two states: Gujarat and Rajasthan and generally do not go beyond that.

How to control Locust Swarm?

It is usually very difficult to control a locust swarm because of its huge population density. It is estimated that even a very small swarm of 1 km2 contains around 1 – 1.5 billion insects and any control measures will be futile against such a large population. For any control measures to be initiated, it must be in a large area. Usually spraying of insecticides is taken with helicopters and aircraft sprayers. However, if swarm is small and has a very low density (usually borders of the swarm). In such cases local/ isolated control measures might help. The following are the control measures that are adopted for locusts.

Precautions to be taken:

Read the complete report, Locust Swarm and its Management